Connect with the link discord.gg/EDtbMsB
There are currently 131 users online.
MCFriendly
x
Welcome to MCFriendly
To join our community, please login or register!

Login
Register
Welcome to the new site!
Hi all! We're undergoing some MAJOR changes on our web end. Please bear with us while we make these changes.
MCF Rules 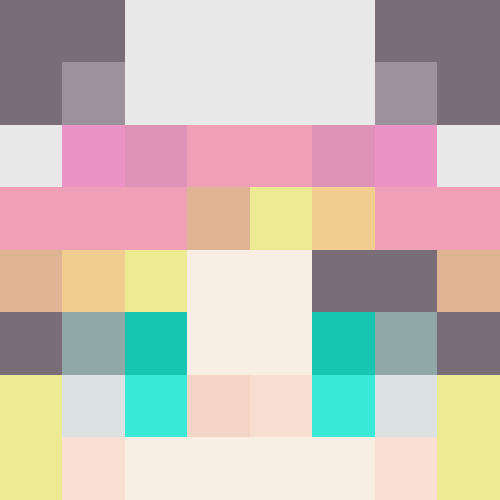 Spamming is not allowed. Examples of spamming including but not limited to:

>Repeating sentences or messages in excess

Our server is English based, and we ask you use English only in chat to ensure all of our staff are able to monitor the game as efficiently as possible.

Sexually explicit or violent messages are forbidden in chat, on signs, in books, or in private messages.

Swearing is allowed, however excess swearing will be considered spam.

Slurs and language deemed offensive amongst reasonable society (including but not limited to: racism, homophobia, transphobia, ableism, sexism) in chat, on signs, in books, or in private messages is not allowed.

Discussing, naming, or advertising other servers in chat, on signs, in books, or in private messages is not allowed.

Toxicity is not allowed. Our server’s purpose is to be a safe, friendly environment and toxicity, trolling, and disruptive behavior is not conducive to this message.

Please do not mini-mod. The staff are here for a reason, and while it is appreciated that people care deeply enough to help moderate disputes or rule breaking, to prevent further arguments it is asked you make a ticket on our /discord or bring it to the attention of a member of staff if online.

Impersonating other players or staff is not allowed.

Griefing, theft, or altering other player’s builds without their consent is not allowed. This applies to unclaimed builds or containers. If it’s not yours, don’t touch!

Claiming other builds or containers that do not belong to you is not allowed.

Hacking (using modifications to the vanilla game to have an advantage over players playing the game as created) is forbidden.

X-Raying is forbidden, including the use of texture packs and redstone machines used to see through walls.

Purposefully using glitches to exploit the vanilla game or plugins is forbidden. If you come across a glitch, please report it to the staff by making a ticket on our /discord and do not discuss it to another player or use it again.

Egging bases or creating an excessive amount of mobs to reduce server or game performance is not allowed. If staff find your mobs are causing lag, they may remove some.

Skins or names deemed offensive by reasonable society are not allowed. You will be asked to change them.

Builds, maps, or banners deemed offensive by reasonable society are not allowed.

Farms to gain resources are allowed, however there are limitations to avoid crashing or lagging the server.

>Piglin farms to gain gold must include a proper sorting system to reduce the amount of entities on the ground. Staff are allowed to shut off or reduce farms seen to be so large they harm server performance.

>Automatic crop farms are allowed, however if they are found to be so large they harm server performance you will be asked to shut off or reduce your farm.(edited)

The Nether and End are PVP-enabled zones. Keep inventory is OFF and any items lost upon death are forfeit and will not be replaced.

Overworld PVP is not allowed unless both parties consent to duel. Do not PVP people in the Overworld if the other person does not give the okay!

Teleport trapping and pwarp traps are NOT allowed. Base traps are not allowed in the Overworld.(edited)

You are accountable for what happens on your account.

No scamming and or trading with real-life currency.

Last edited: about 1 month ago